Karen Soeters was appointed as director of the Nicolaas G. Pierson Foundation in August 2007. She was the project manager for the much-discussed documentary Meat the Truth, was responsible for its sequel Sea the Truth and was one of the makers of a visual document about religious slaughther without stunning.  In addition to these activities, she also works as a lecturer of media psychology at the Institute for Media and Information Management, Hogeschool van Amsterdam and is a board member of the Dutch Vegetarian Society and Bont voor Dieren (Fur for Animals). During her Communication Science studies at the University of Amsterdam, she followed courses in law and political science alongside those in policy and media studies.  Karen Soeters has been interested in animal welfare and environmental issues for as long as she can remember. After graduation, Soeters also worked as a researcher for, amongst other employers, an international research agency in New York. In addition, she has been active as a consultant for a variety of organisations. 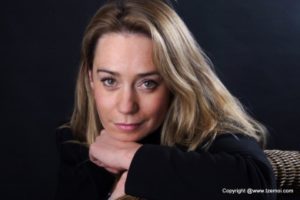